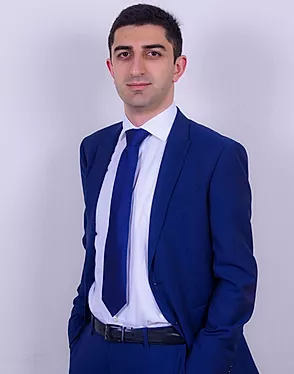 Shalva has been a member of CFA Charterholder since 2017 . He gained bachelor’s degree in computer science at Tbilisi State University. He proceeded his tuition at Free University on the master’s program in business administration. Shalva holds more than 10 years experience in financial realm. He launched working at Cartu Bank in 2005, soon he became a financial manager of one of the directions at the bank. He had been serving as the financial analyst of the insurance company “Irao” in 2010-2011 and had been working as the acting director of the same company till 2012. In 2012-2013 he had been working as the financial head of Georgian airways “ Fly Georgia” and served as the deputy director of one of the large distribution companies in Georgia in 2013-2015. He has been working as the director of Financial Laboratory since 2015. In the meantime, Shalva is pretty experienced in academic field as well. He delivers lectures at Georgian Institute of Public Affairs. He served as a successful lecturer at EY academy, PWC academy, Caucasus Business School, ACCA and Bank of Georgia University. He was a invited speaker in EBRD and the Ministry of Finance of Georgia. When talking about his achievements and experience, it worth mentioning , that he published the book “ Financial Analysis in Practice” in 2013.

Opportunities During the Crisis - The blog was published by "TBC for Business"
Book: "Financial Analysis in Practice" - First part of the book. It was published in 2013
Back to Home